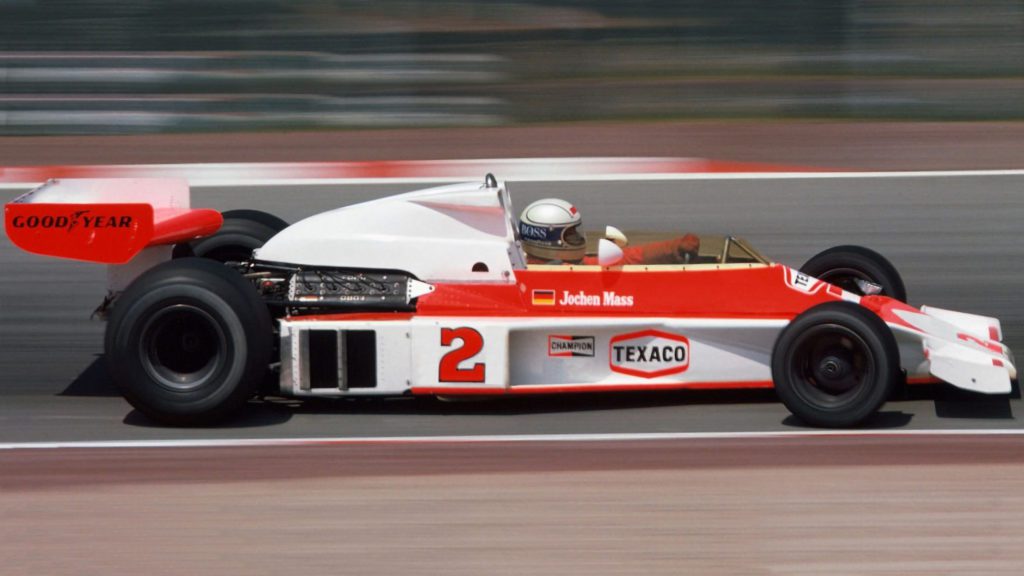 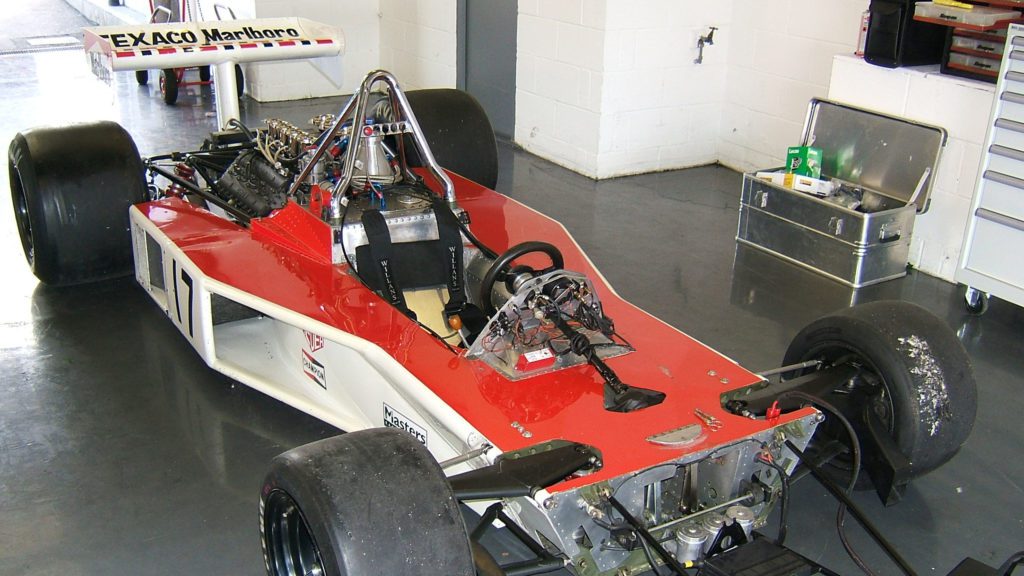 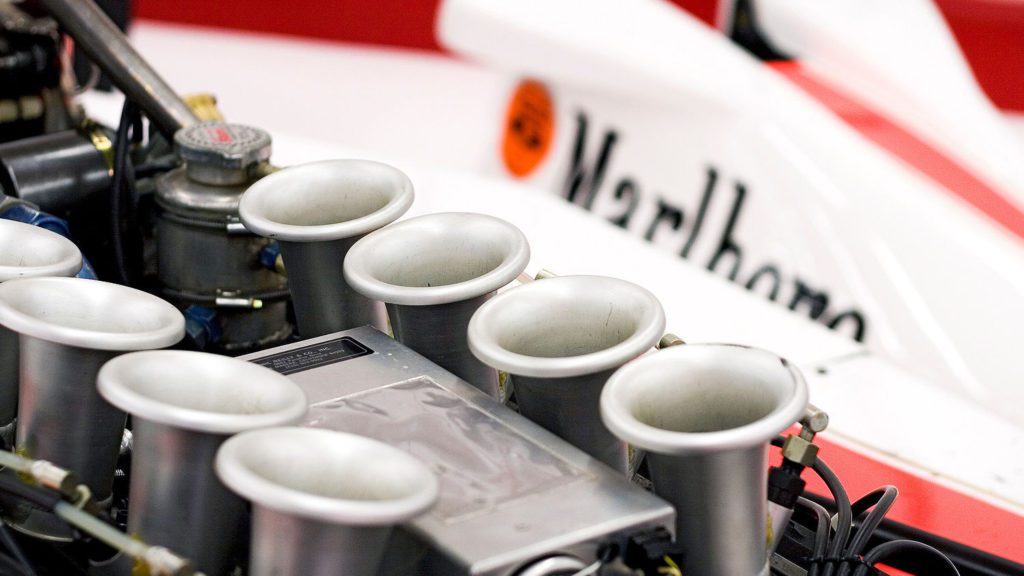 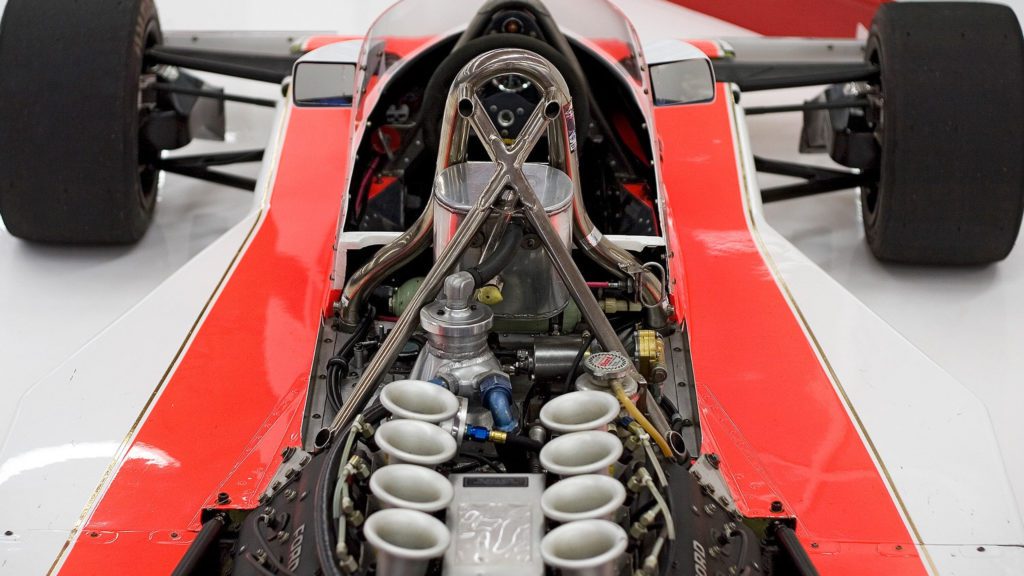 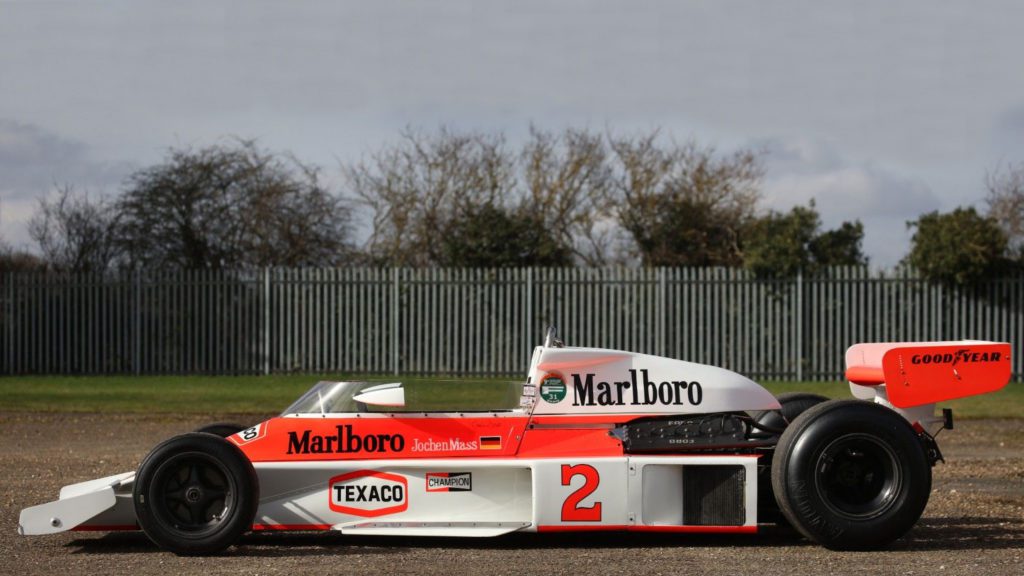 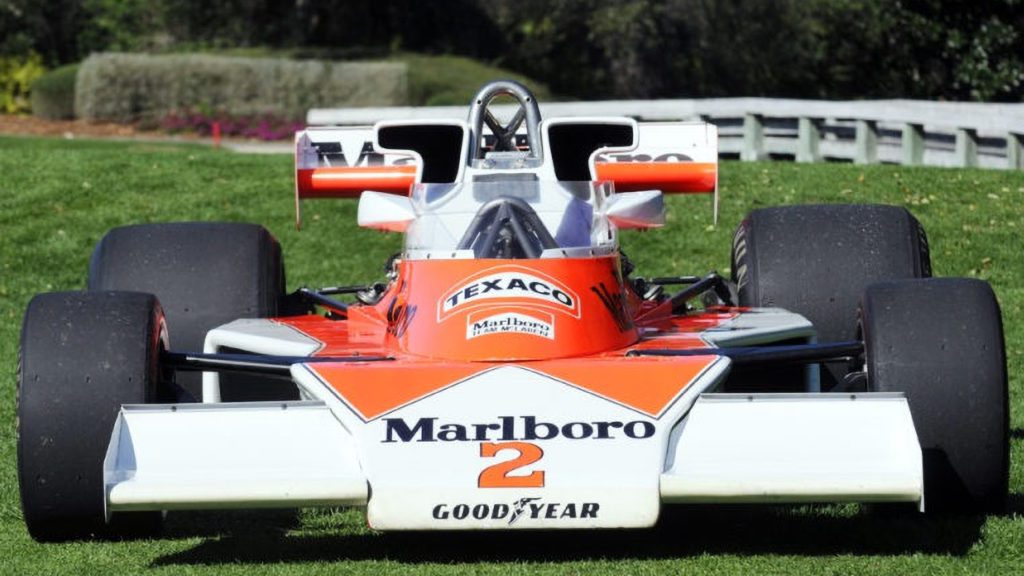 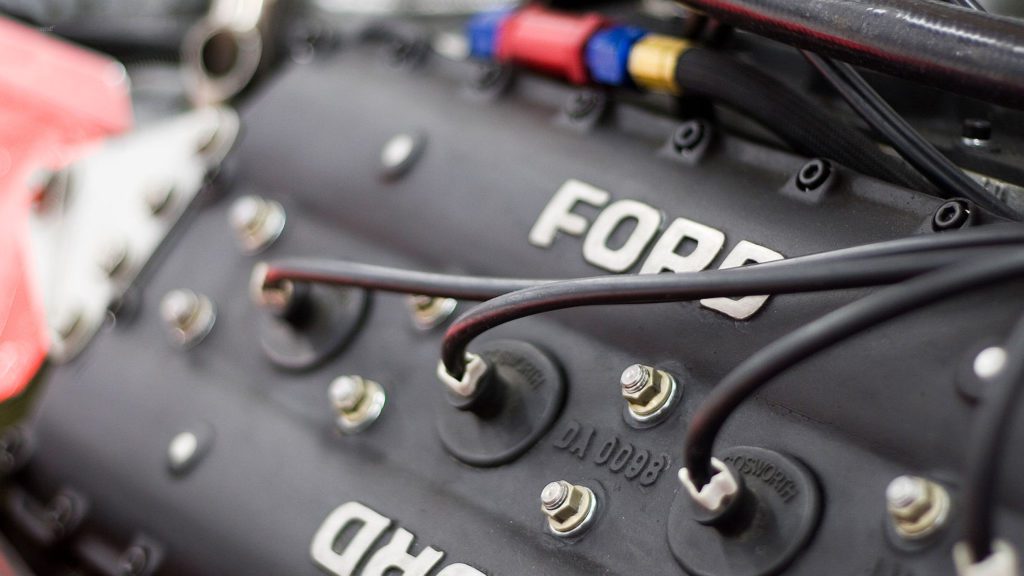 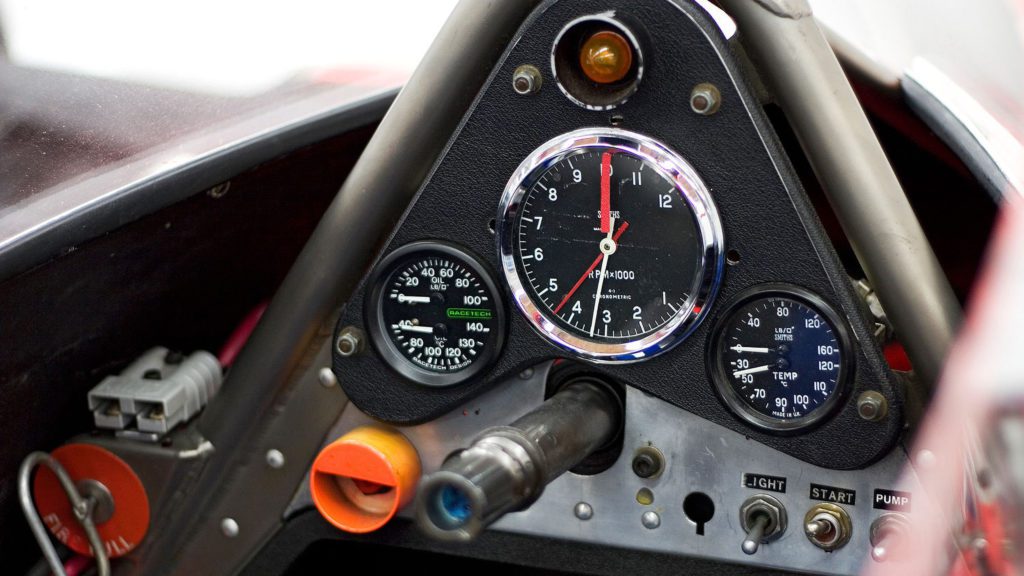 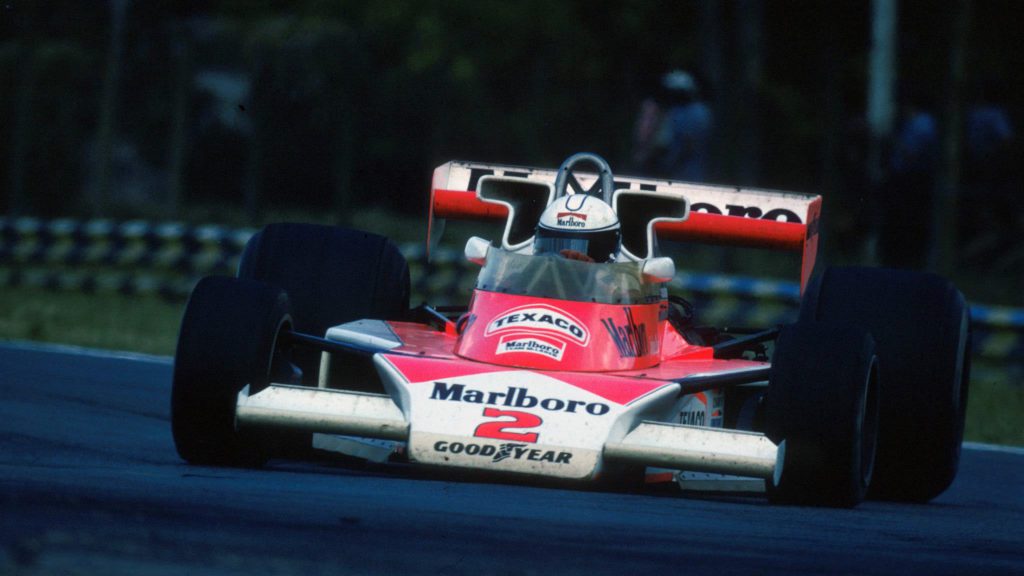 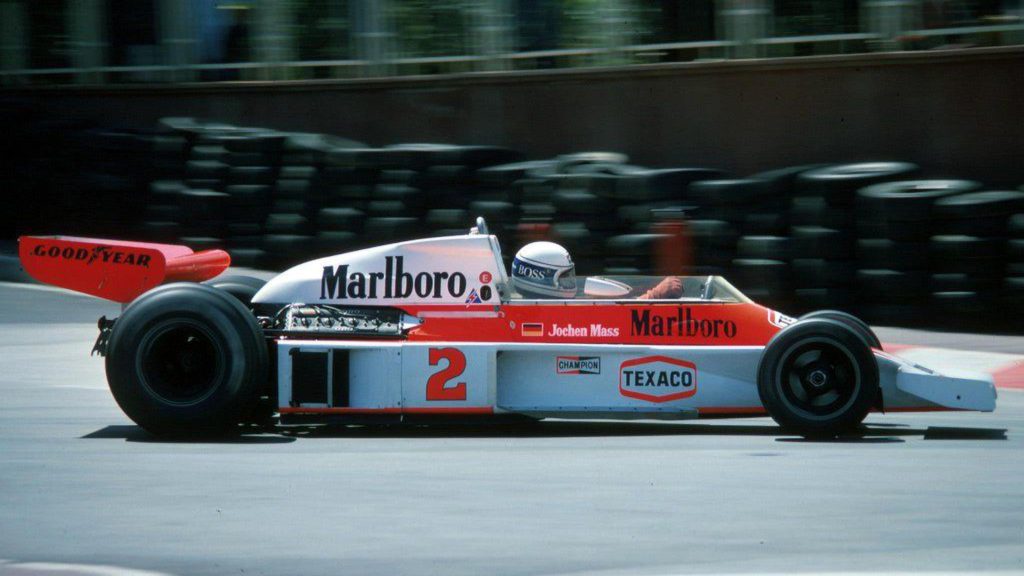 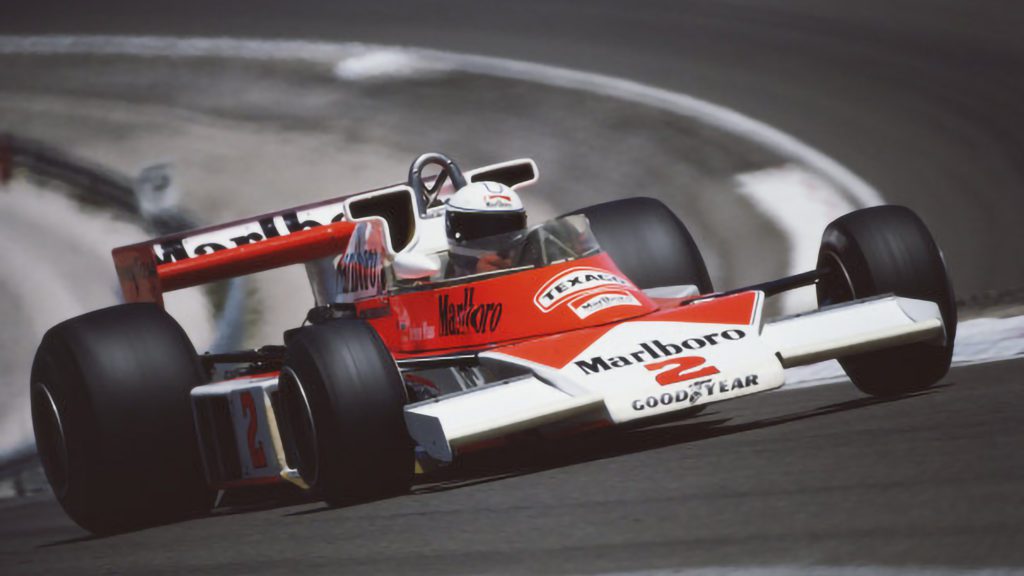 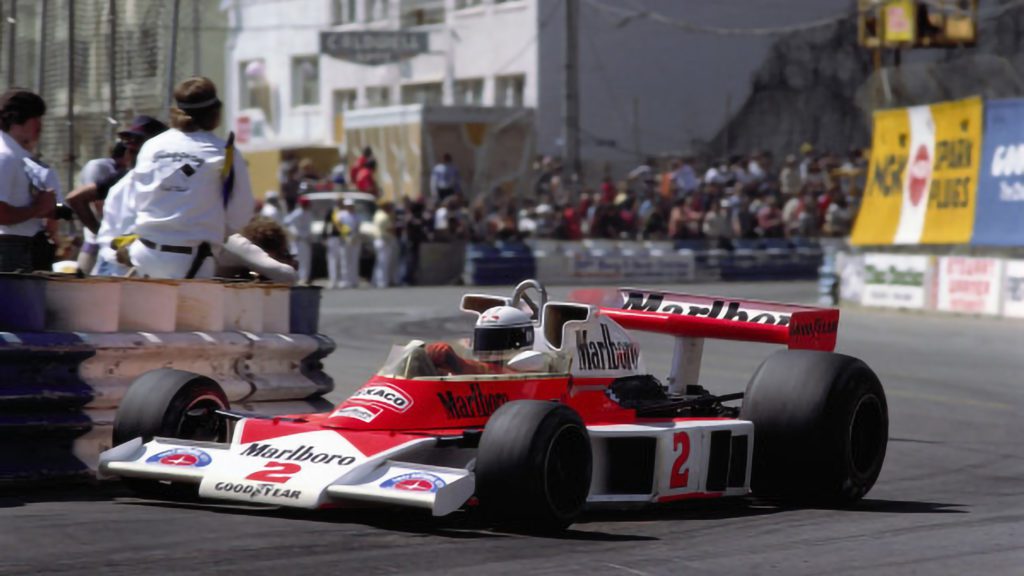 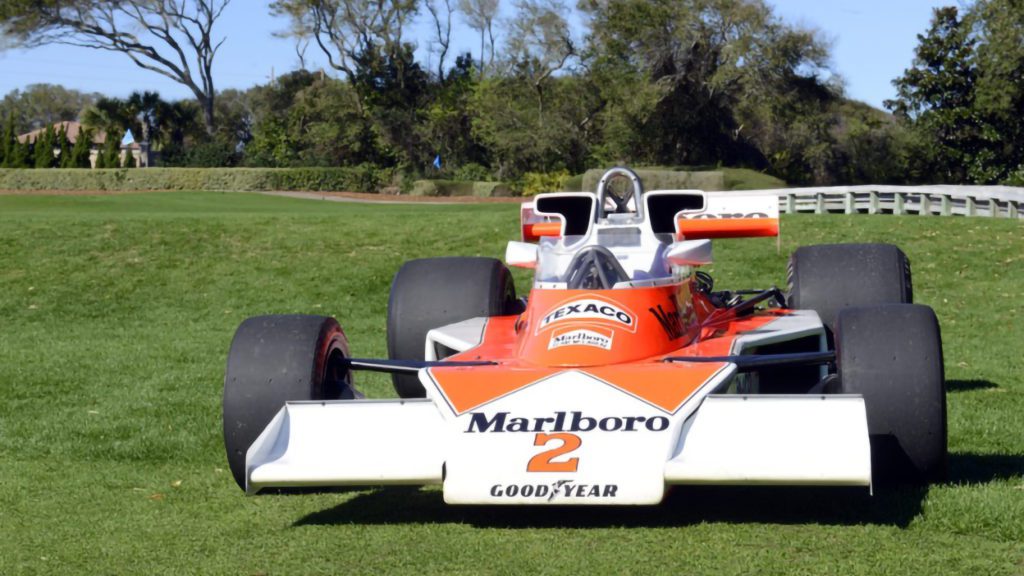 The McLaren M23 designed by Gordon Coppuck, with input from John Barnard, was a development of the McLaren M16 Indianapolis 500 car and almost uniquely proved to be a Grand Prix winning car over 5 seasons 1973-1977 winning 2 World Drivers Titles, 1974-Emerson Fittipaldi and 1976-James Hunt and the Constructors World Title in 1974.

and then in 1986 to:
Steve Earl, original organiser of the Monterey Historic Races at Laguna Seca,

then in 2007 to:
McLaren collector Richard Griot who raced the car in a few historic events including the Monaco Historique 2014

Prepared by Hall & Hall the car still sports original paintwork and is fitted with a correct, long stroke, low miles Phil Reilly DFV and believed never to have had an accident.

There is a small spares package with the car.