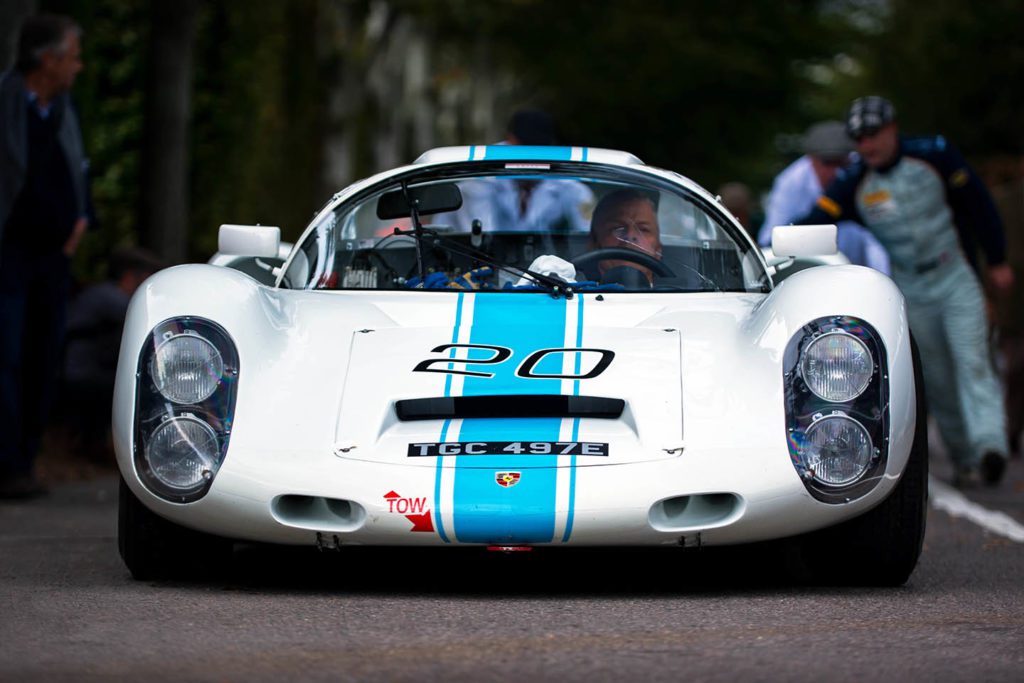 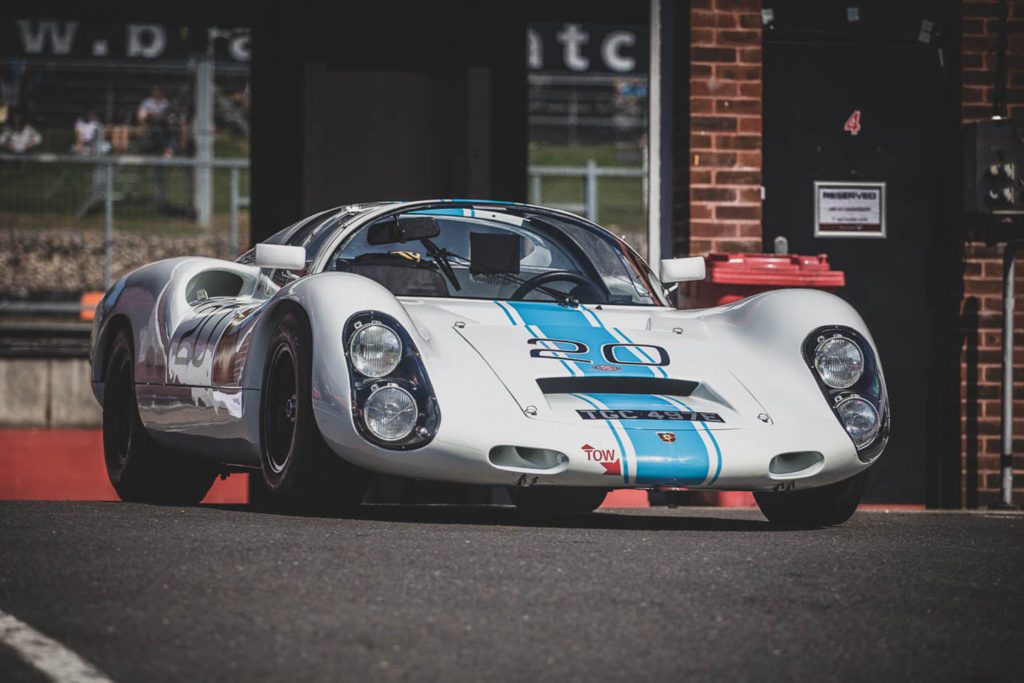 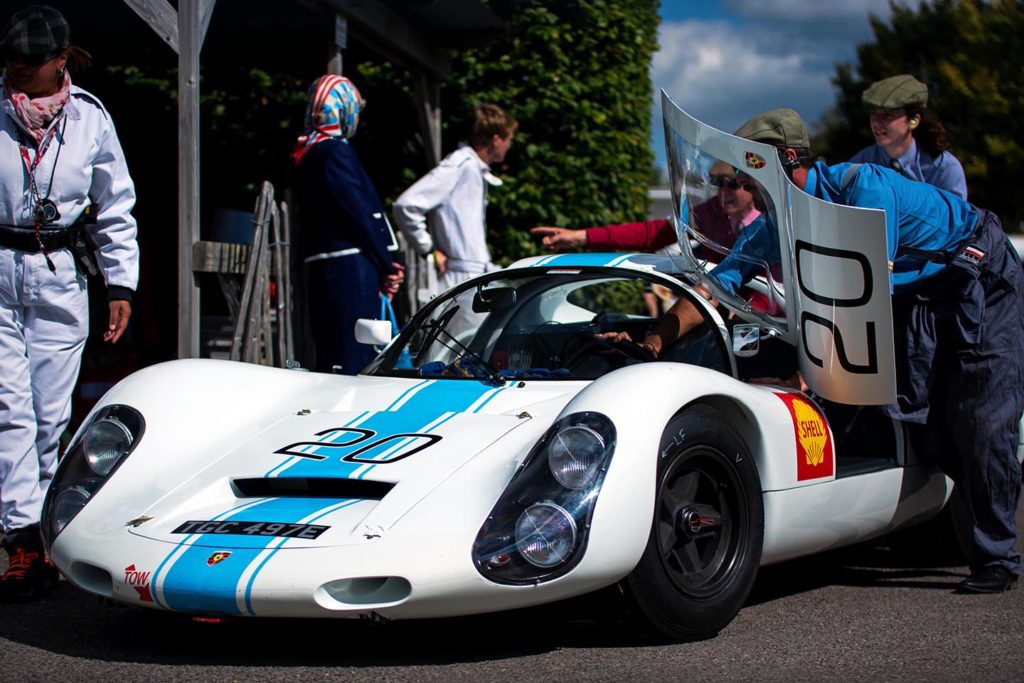 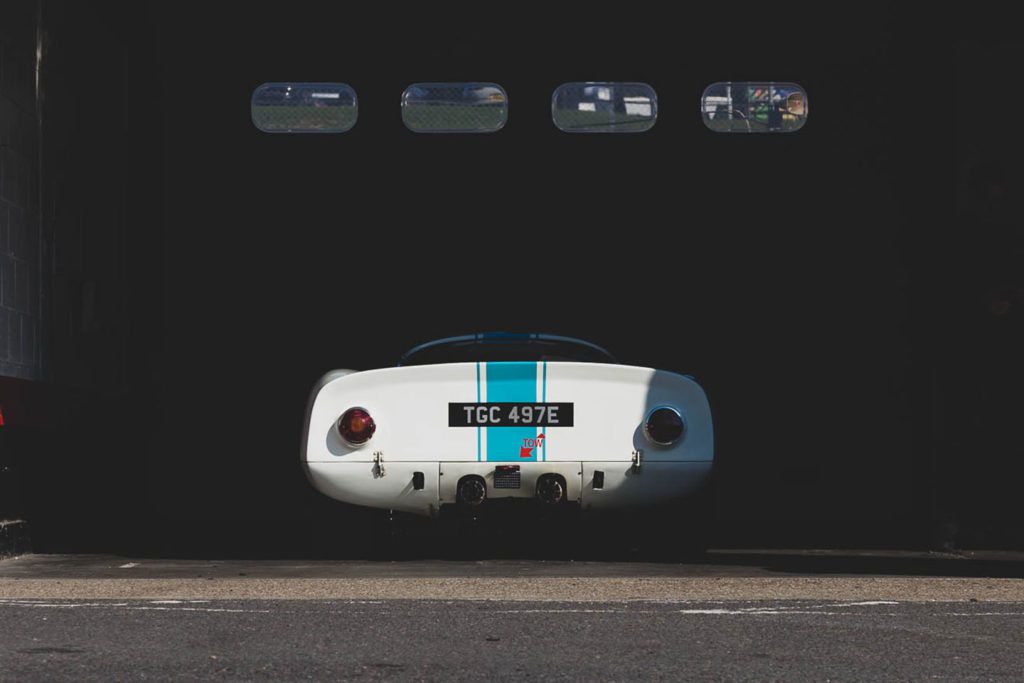 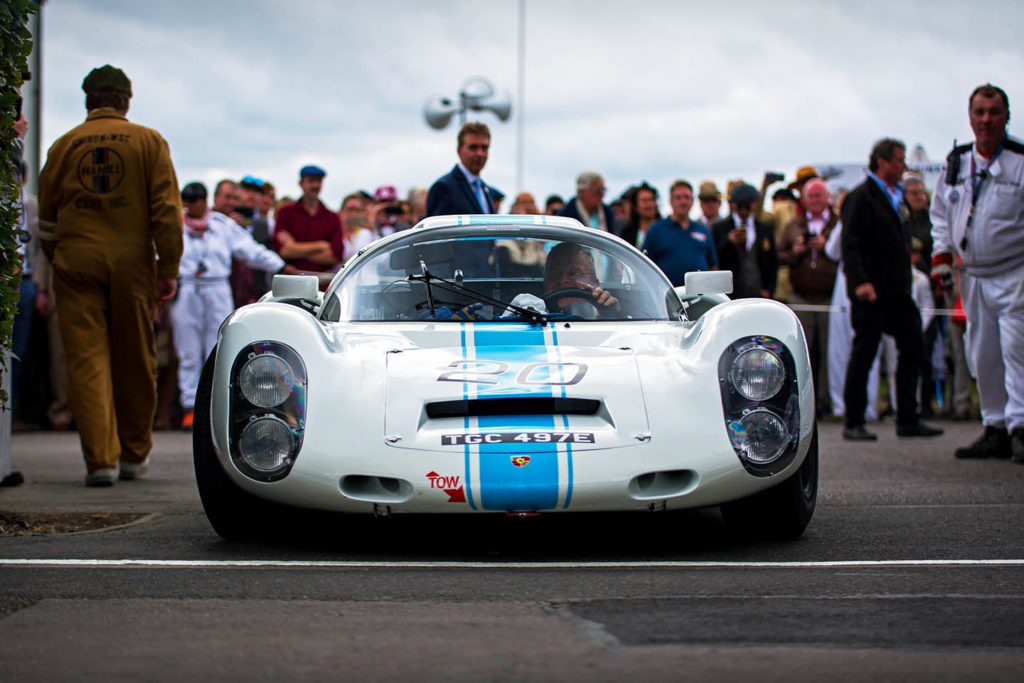 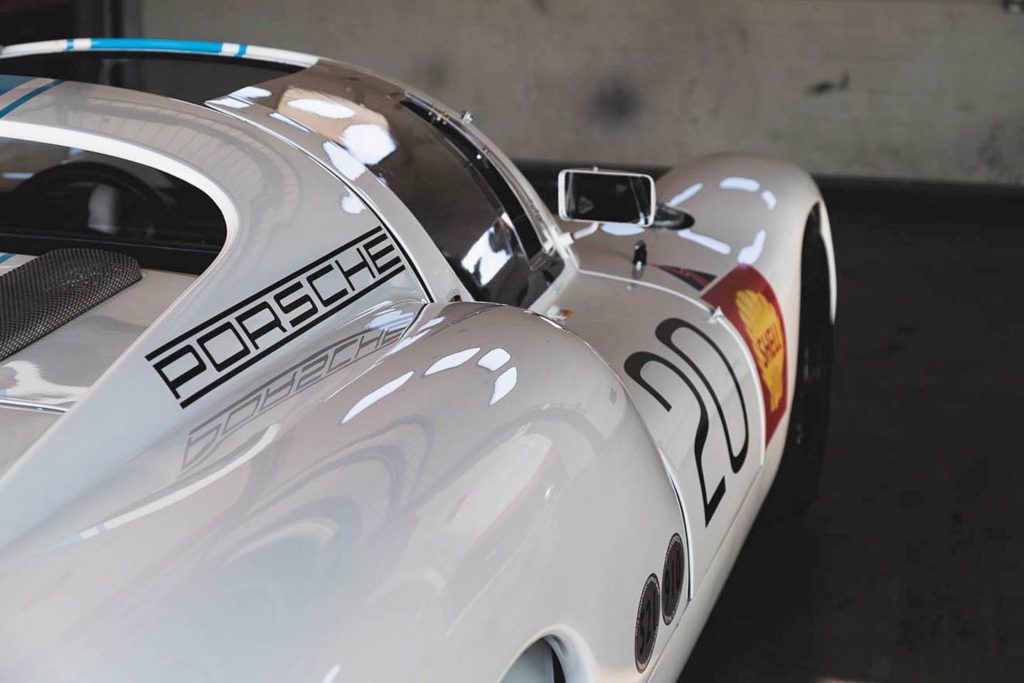 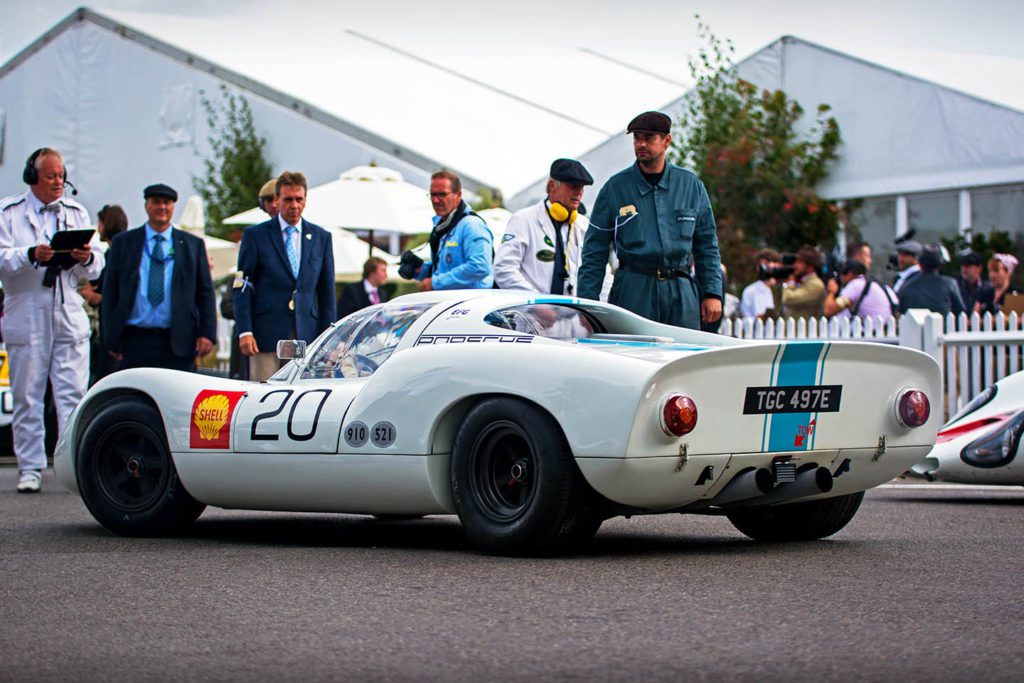 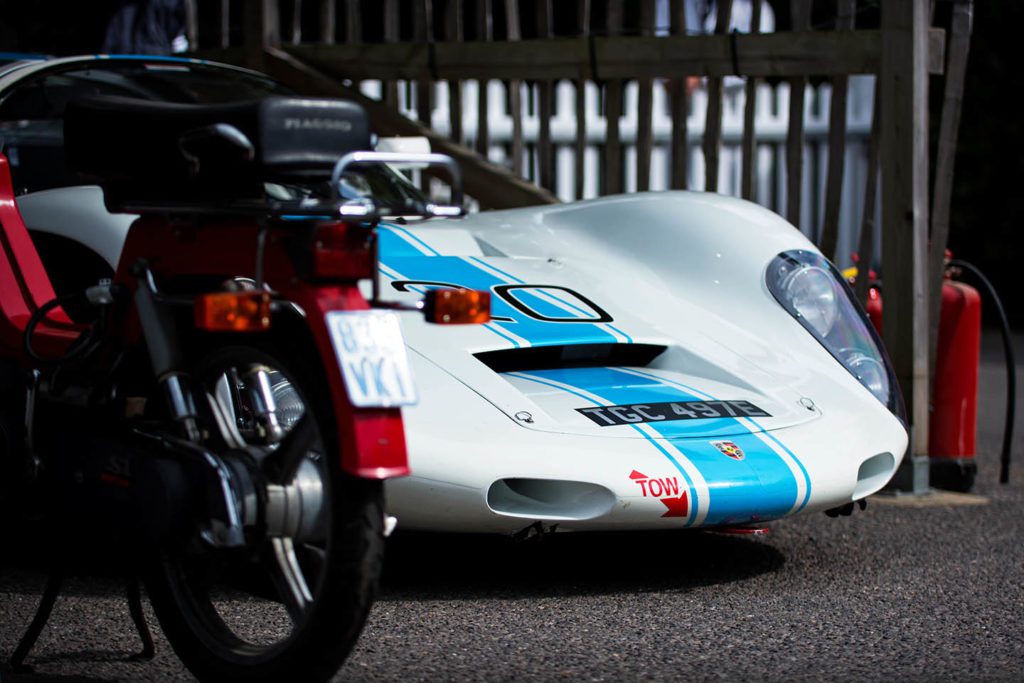 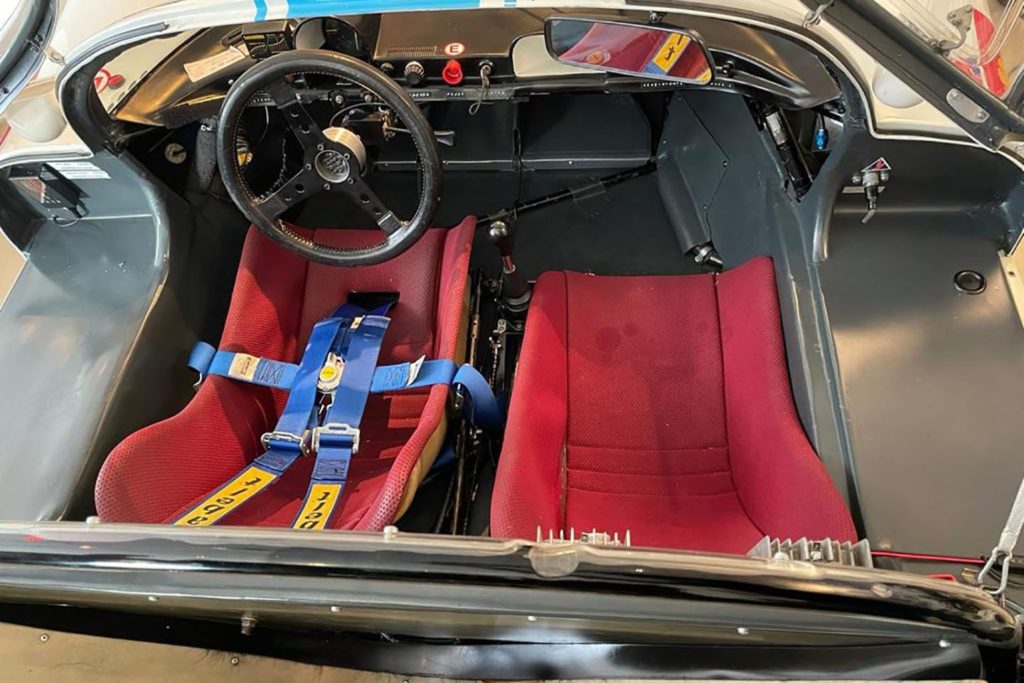 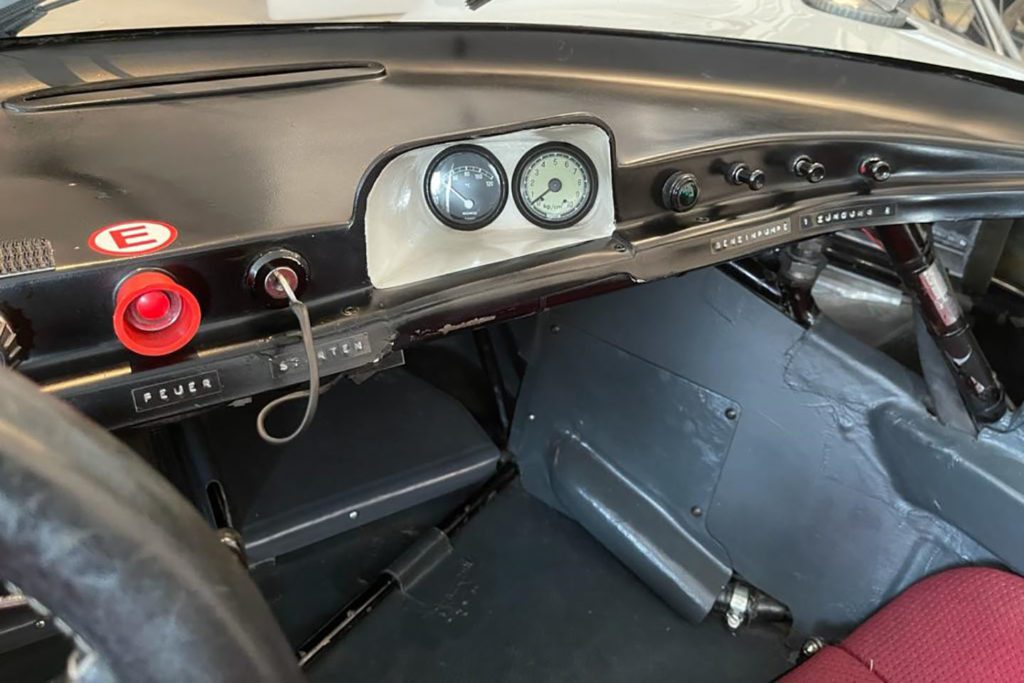 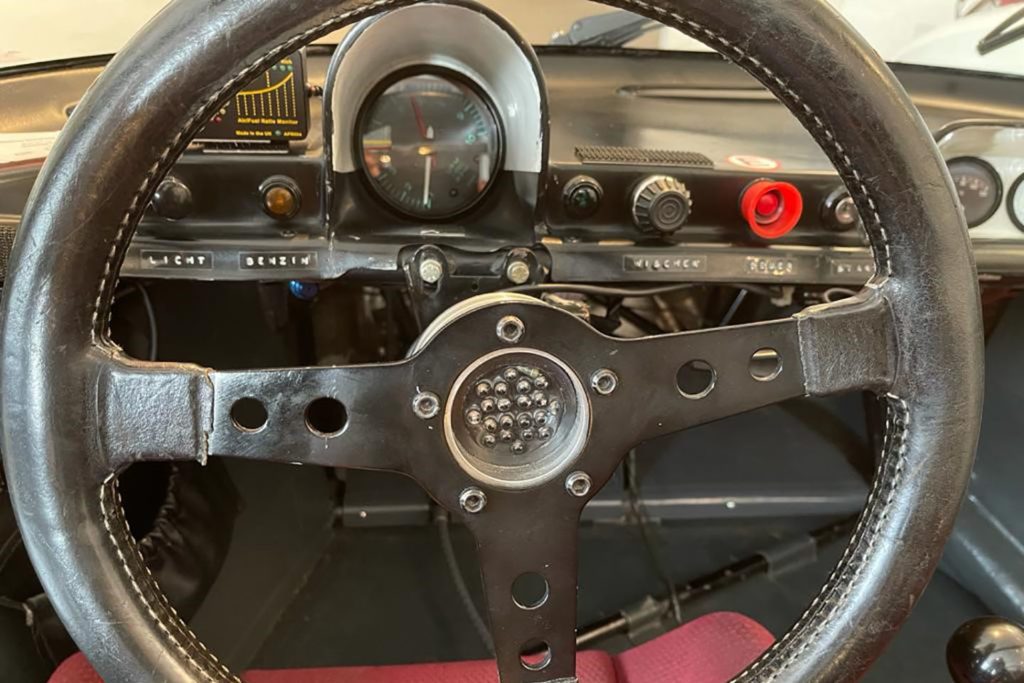 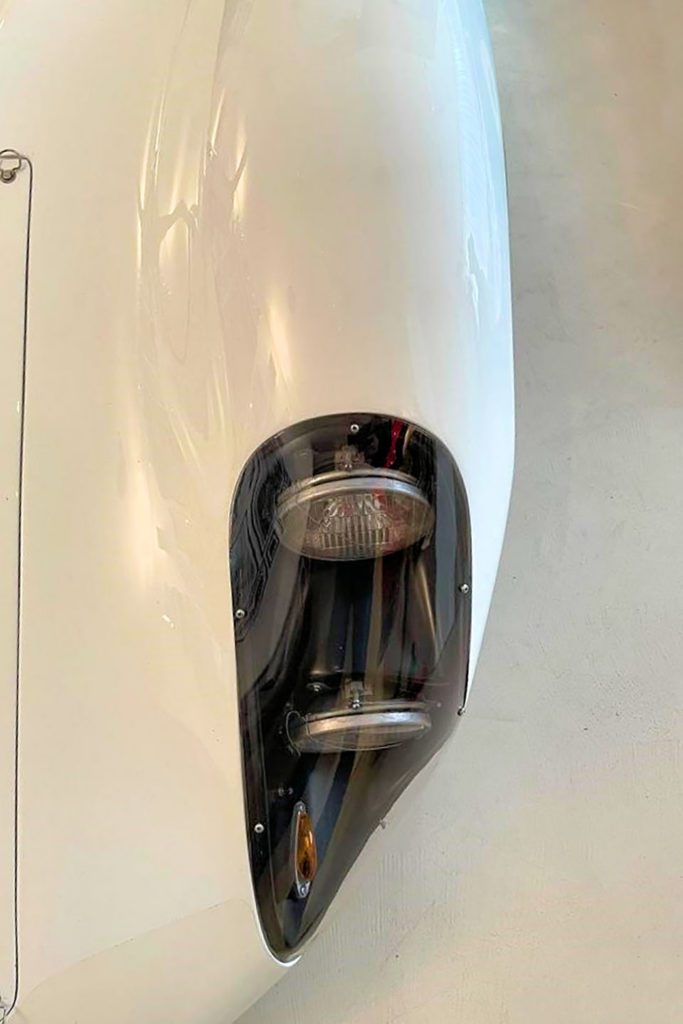 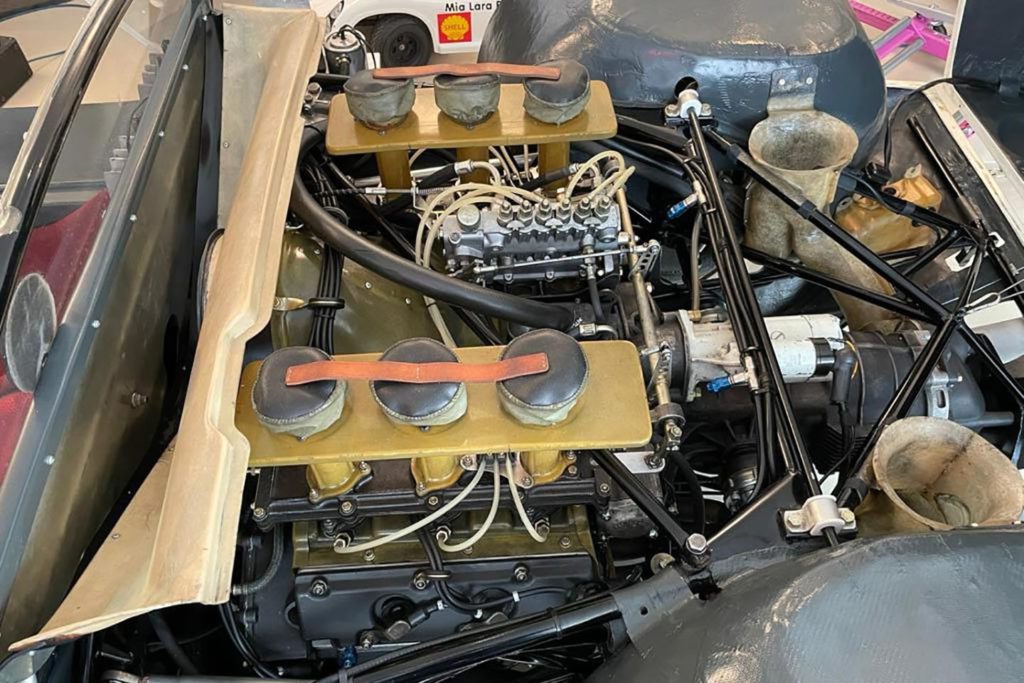 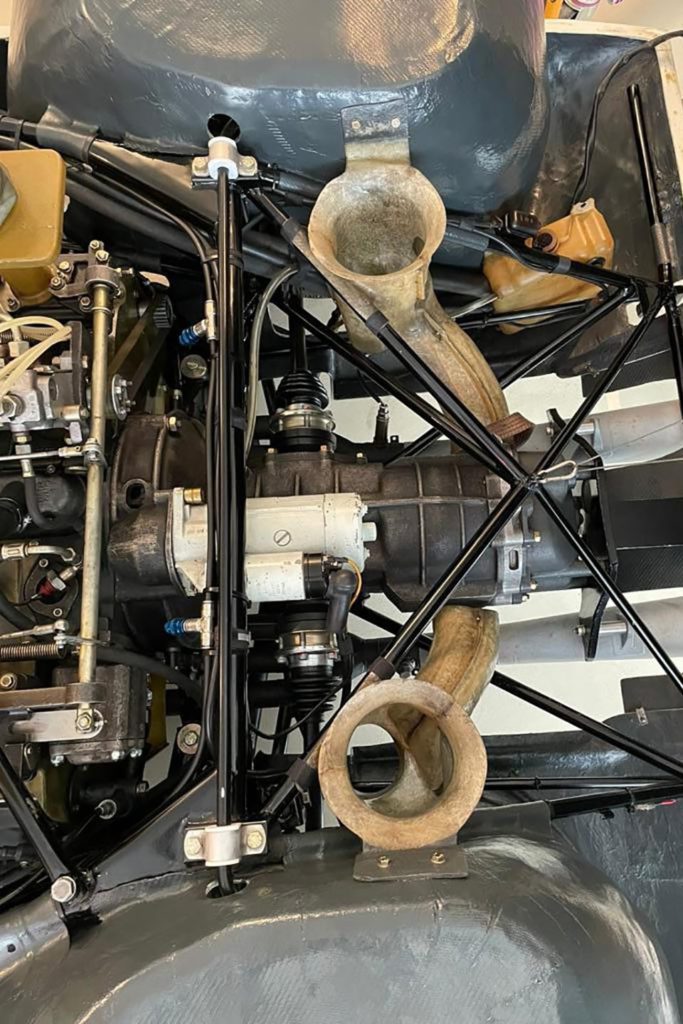 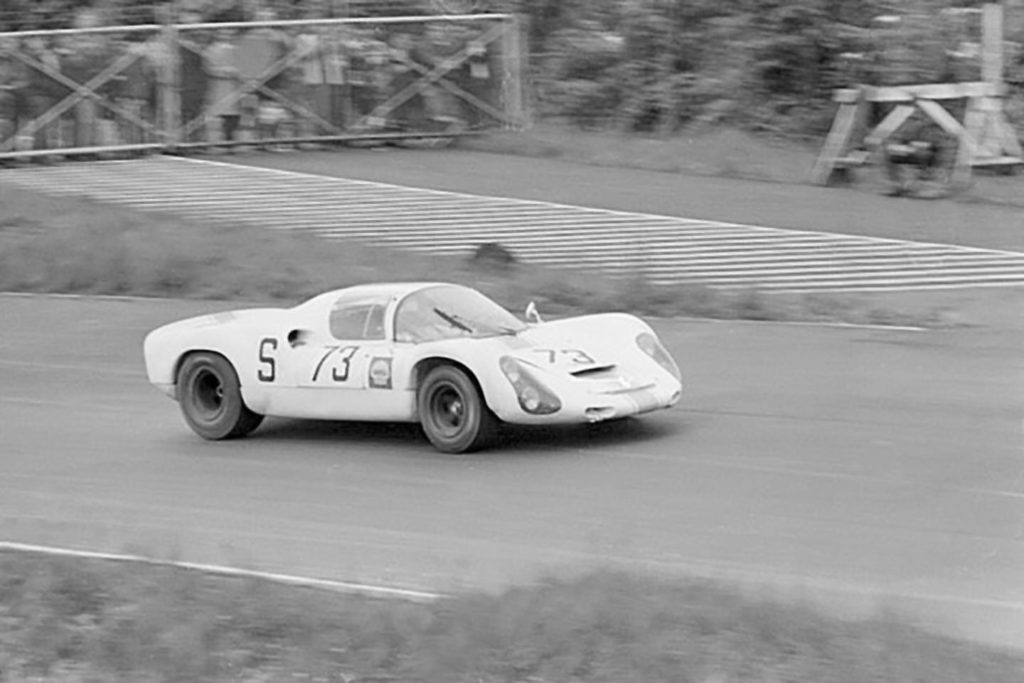 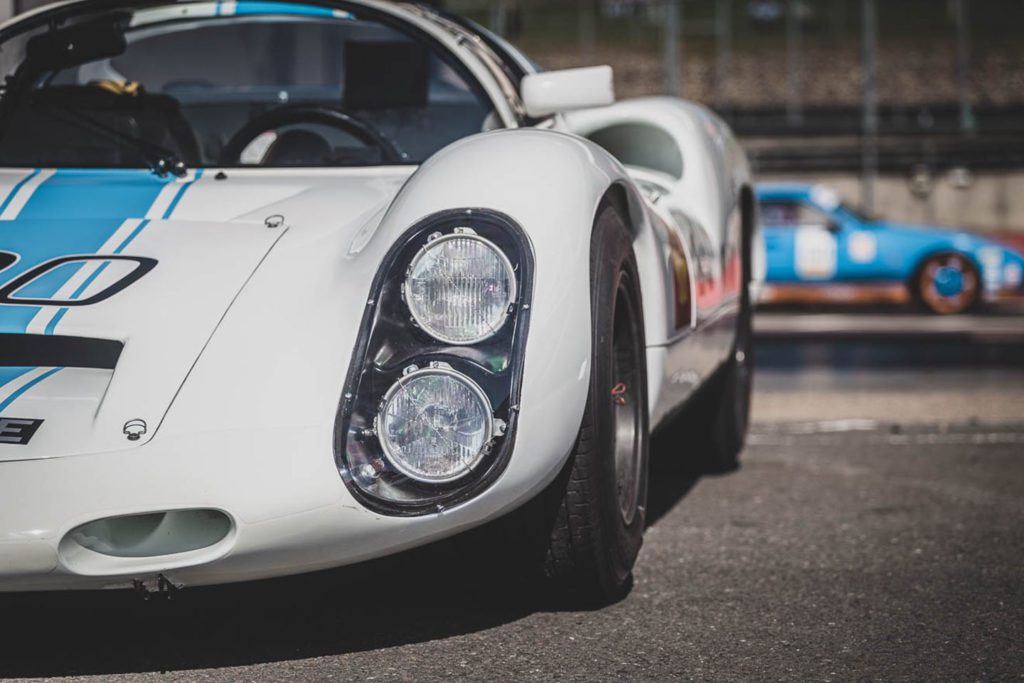 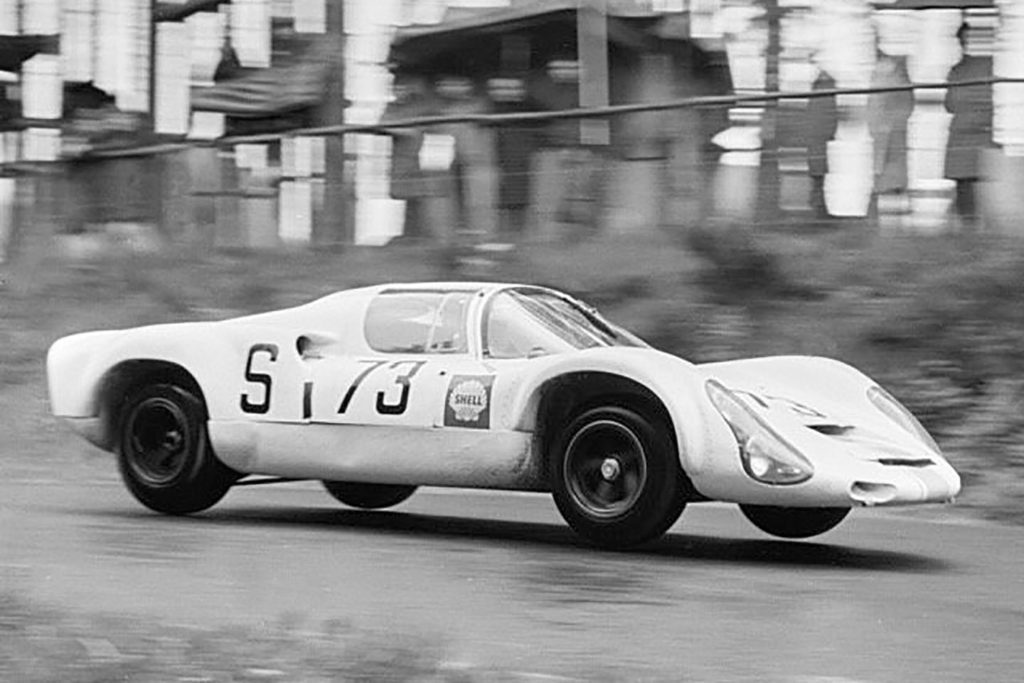 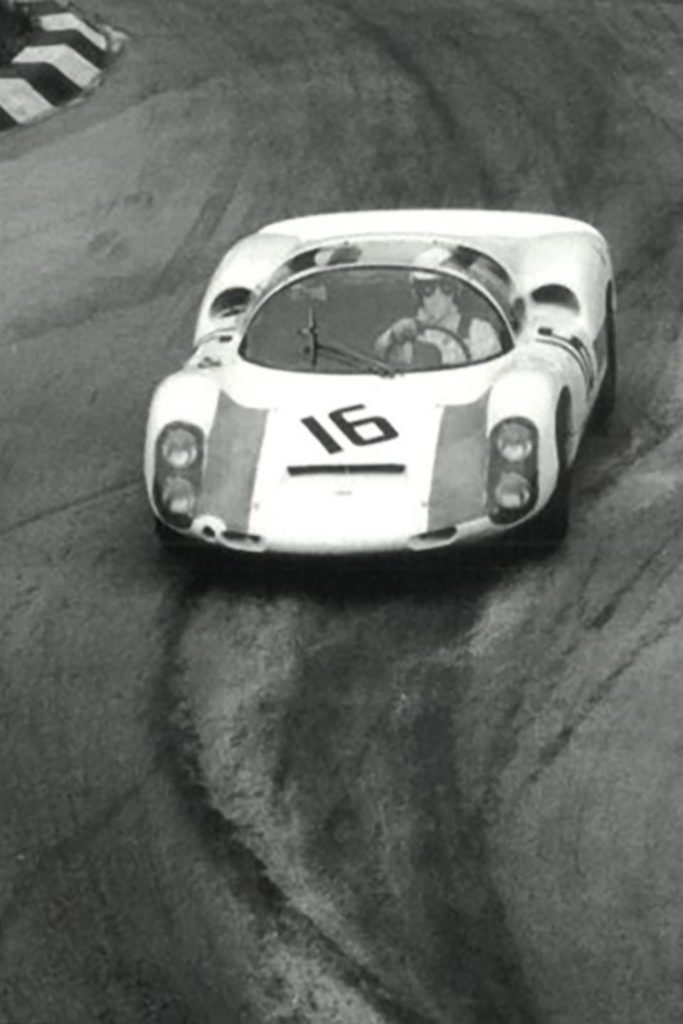 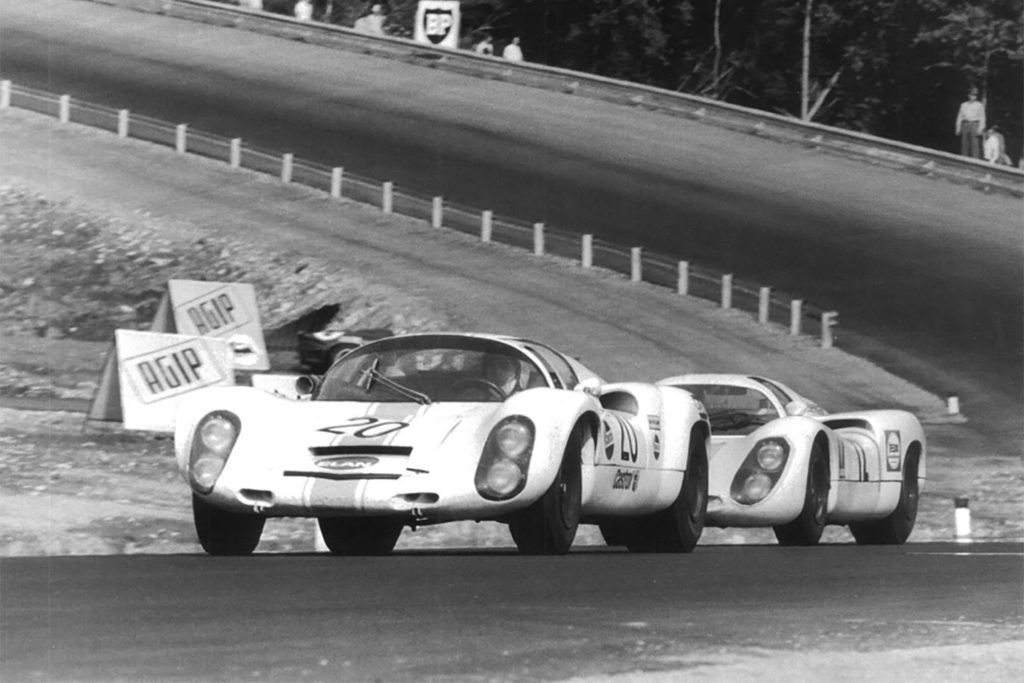 Today Porsche is probably more synonymous with sportscar racing than any other manufacturer, but it was not until 1970 with the 917 that they got their first overall victory at the Circuit de La Sarthe. With the 917, much of the race-winning engineering in terms of chassis design and aerodynamics could be clearly traced back to the 906, which was redesigned and improved with the 910.

It is a fascinating exercise to compare the GT40 and 906; the two cars were first developed just a year apart but it is plain to see that eventually racing car design would follow the groundbreaking aerodynamics and approach to weight-saving that Porsche pioneered with the 906 and 910. These two models were some of the first cars to feature a gently pointed nose which lay below the front axle line in order to encourage as much airflow over the body. Underneath the car was a rudimentary flat floor, whilst the only flat surface visible on the exterior of the 910 was the Kamm tail which Porsche had first perfected with the 904. The 910 also made the jump to out and out racer with Porsches first use of centre lock 13″ magnesium wheels as used in contemporary Grand Prix cars.

In order to keep the weight at an absolute minimum, Porsche used a lightweight spaceframe chassis with bonded glassfibre composite panels forming the body, with extensive of use of aluminium throughout the mechanical components. There is a typically spartan cockpit of the period; a leather trimmed alloy steering wheel, three dials, the rev counter deeply buried in a tunnel to minimise reflections in the sharply angled windscreen and red fabric covered bucket seats, just like a 917. Porsche really perfected the concept of ‘adding lightness’ with the 910 as they managed to produce a car which struggled to weigh more than the 575kg FIA minimum by redesigning and shortening the 906 chassis.

910-020 is one of the privateer cars which was campaigned by Bill Bradley through the 1968 and 1969 seasons. Bill Bradley was one of the great gentleman racers of the Sixties; self-funded but very competitive, he served as a Works driver for Triumph with their Spitfire Le Mans programme and raced as Peter Sutcliffe’s 2nd driver at the 1965 12 Hours of Reims with Sutcliffe’s 250 GTO when the car was the main source of resistance to the Shelby Daytona Cobras. Bradley’s talents saw him progress to racing a 906 which naturally led him to campaigning 910-020. At first appearances, this 910 was purely a privateer car but Bill Bradley was the only privateer that Porsche allowed Elford to regularly drive for during ’67 and ‘68, with him being partnered in 910-020 with another Porsche Works driver Gijs van Lennep for the 1968 Mugello GP. Additional evidence of the factory’s involvement was that 910-020 was used for 907 development work, with some of these parts still present on the car today, and there is correspondence on file between Bradley and Porsche with regard to Bradley seeking permission to sell parts to other privateers.

Up until recently, 910-020’s first race was believed to be the 1968 Monza 1000km, but it is now known from John Fitzpatrick that his neighbour Bill Bradley kindly lent him the car to drive with Allan Rollinson in the 6 Hours of Barcelona. Perhaps more noteworthy than their 2nd place finish and class win was the fact that this was Fitzpatrick’s first drive in a prototype Porsche, which is hugely significant given the success he would go on to achieve with 956s and 935s. Despite all the Porsches he raced, Fitzpatrick commented that ‘the 910 had fabulous road holding’.

Three weeks later Bradley was sharing his 910 with Vic Elford at the Monza 1000km. Despite a strong pairing, the straights of Monza benefited the more powerful competitors so they had to be satisfied with 9th. Elford drove solo in 910-020 for the next two rounds, achieving a class win at Hockenheim and beaten only by David Piper’s 412P, a factory entered 908 and a Lola T70 Mk3. Elford’s last outing with Bradley’s 910 was with fellow Works driver Gijs van Lennep at the Mugello GP (run at that time on 66.8km of Tuscan public roads, similar to the Targa Florio) but an accident in practice ruled them out for the race.

910-020 was back racing with Bradley a month later at Zeltweg 500km, but its best result of 1968 would come when Allan Rollinson took victory at the Coupes du Salon at Montlhéry. The last race of the season was at Montlhéry again for the Paris 1000km where Rollinson shared driving duties with David Prophet.

1969 would be a busier season for 910-020 with 12 races. Bradley could not have started the season better, scoring a class win sharing with Tony Dean at the Spa 1000km. Other notable appearances included 12th overall at the Nürburgring 1000km with Tony Dean again, followed by another success for the pairing at the 6 Hours of Vila Real where they finished 3rd overall and 1st in class. A month after Vila Real, Bradley was at the final round of the World Sportscar Championship, 1000km of Zeltweg. Sharing with Dieter Spoerry, the pairing achieved a creditable 11th overall and 3rd in class against stiff competition from many other Porsche prototypes including 917s.

The latter half 1969 saw 910-020 garner another podium with Bradley at the Jyllandsring GP, before being lent to Charles Lucas for an appearance in the Guards Trophy Brands Hatch race, followed by some races with Peter Westbury including the 500km of Nürburgring. The last major race was the 12 Hours of Barcelona at the Circuito de Montjuich, which would also be Bradley’s last outing in his 910. Sharing with Dieter Spoerry again, they finished a respectable 5th overall and 2nd in class. 910-020 would have one further race outing in 1970 with Paul Vestey and Roy Pike in the Brands Hatch 1000km, its sixth and final appearance in the World Sportscar Championship.

Unlike most ageing sports prototypes which usually suffered the indignity of either being heavily modified to remain competitive or left semi-derelict as an obsolete race car, 910-020’s stroke of fortune was to remain in Bill Bradley’s personal collection for 30 years. Such was the care that Bradley gave to his 910 that he had it fully restored between 1988 and 1992 by highly respected ex-Porsche mechanic Paddy O’Grady who worked for him in period.

Since 1998 when 910-020 left the ownership of Bill Bradley, it has been enjoyed by only 4 owners including Dieter Eissner-Eissenstein who prepared this 910 with scant regard to cost in order to return it to racing at events including Le Mans Classic. Since joining the current owner’s Porsche-focused collection in 2011, it has been fully maintained in race ready condition by expert preparers, with originality prioritised over historic racing performance. Despite this careful preparation, 020 has been used in proper competition at events such as the Goodwood Revival, Festival of Speed and Le Mans Classic.

It would be fair to assume that this is one of the most original Porsche sports prototypes in existence, all the more impressive as it competed at some of the best known races with some of the most highly regarded drivers. Its preparation and history means it offers the next custodian the perfect opportunity to race it, show it or simply enjoy this historic 910 on the road.