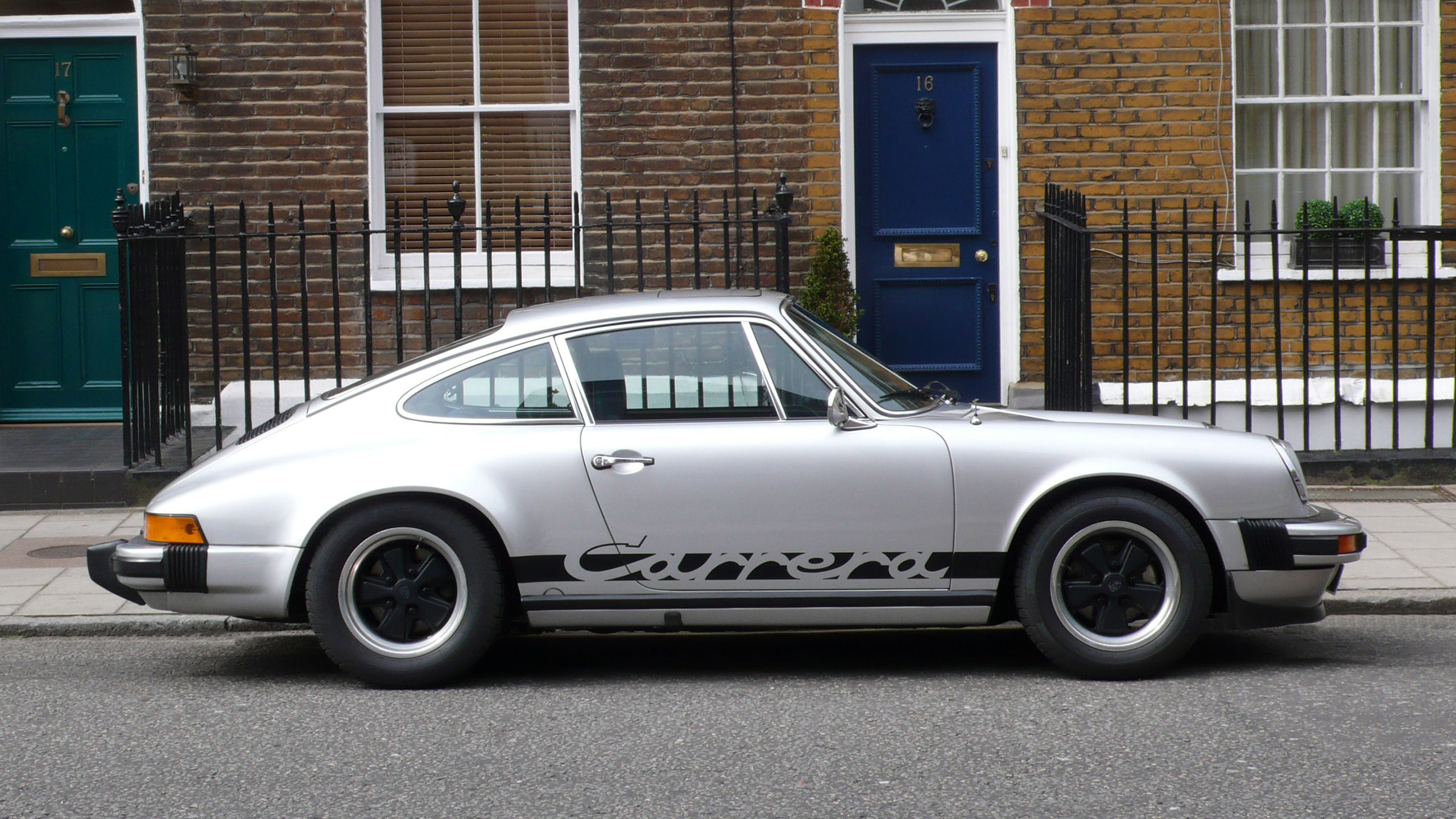 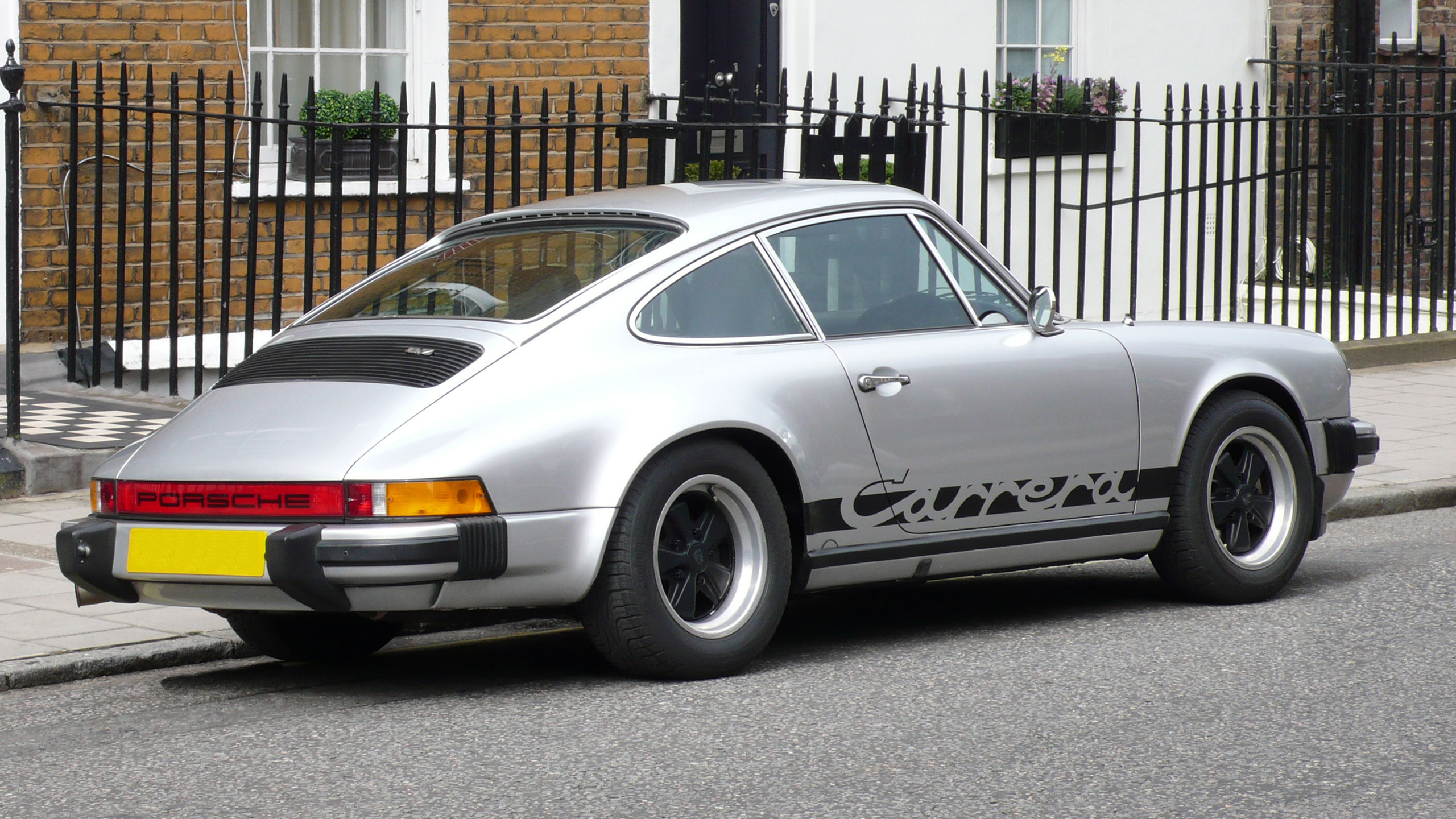 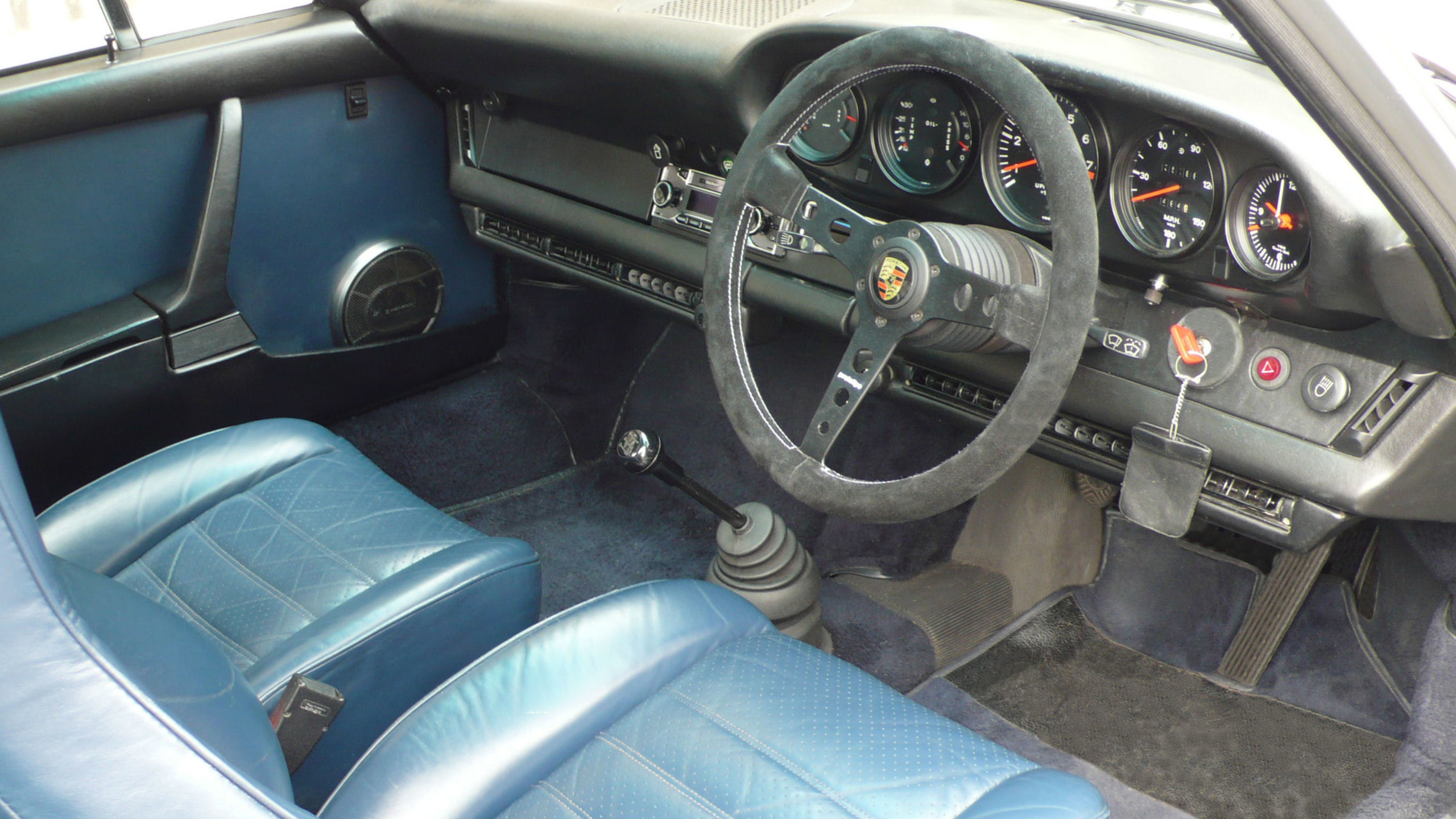 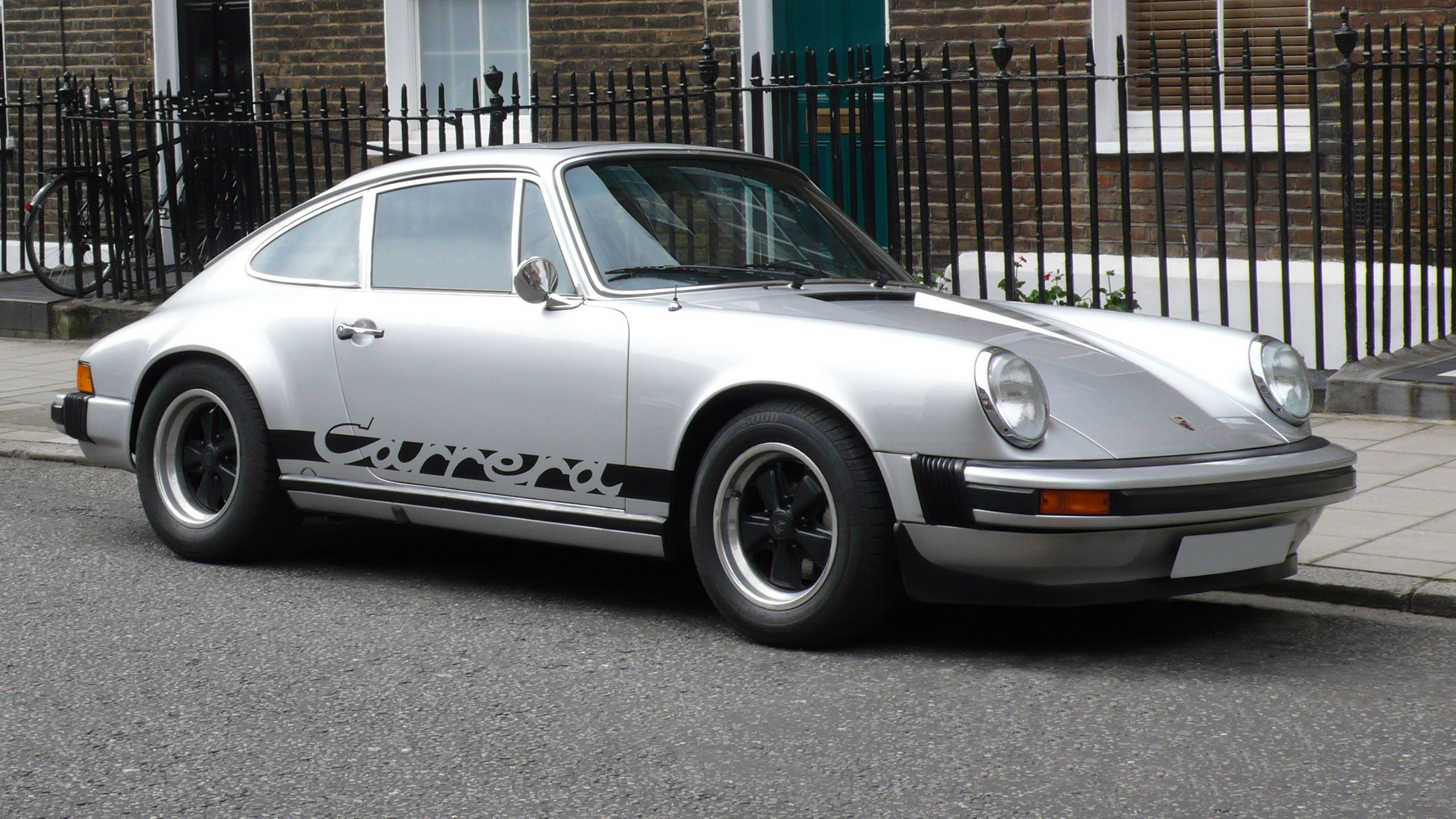 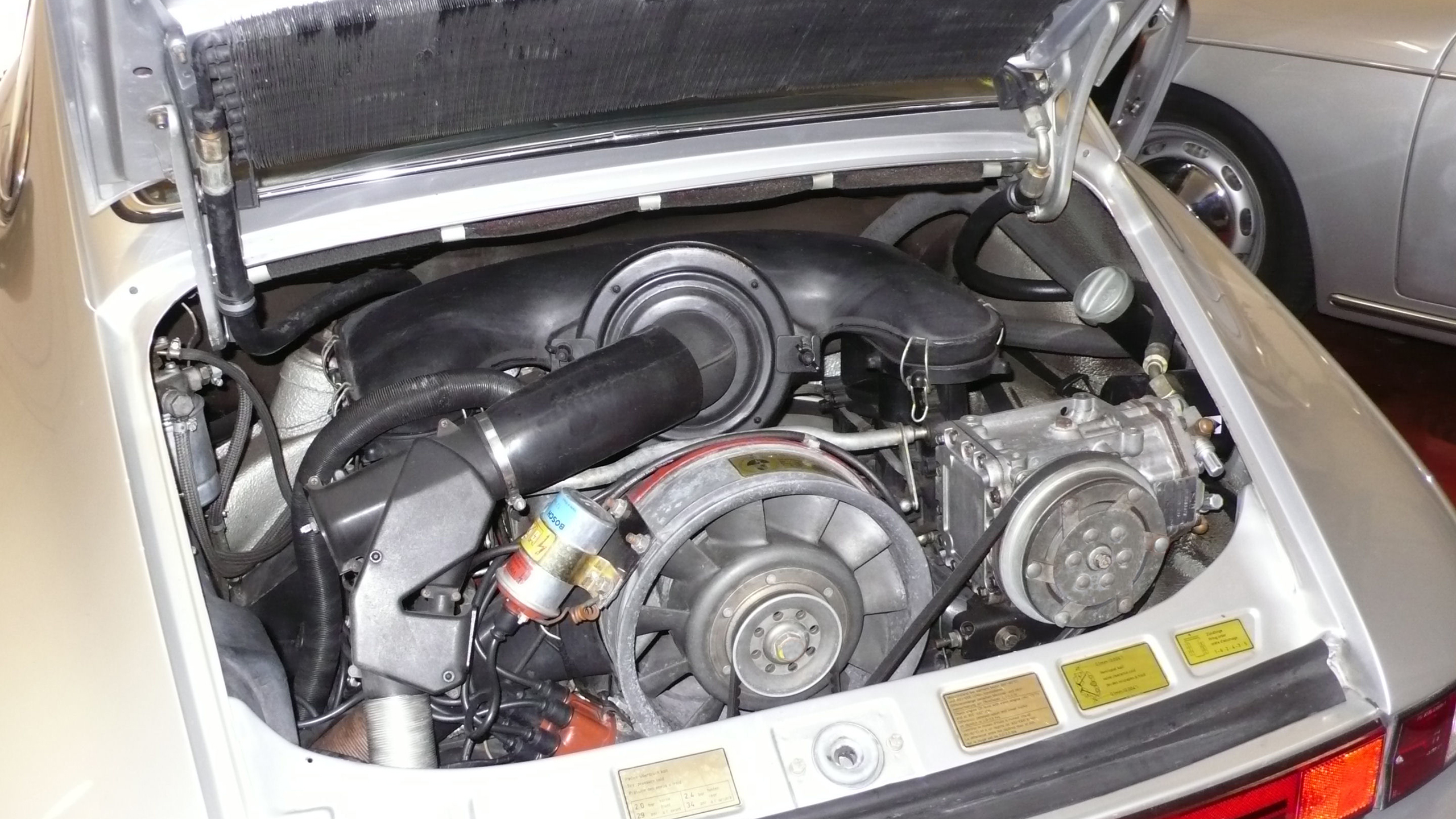 ·       Formerly in the collection of respected contemporary and historic racer Frank Sytner.

·       In present ownership since 2008, and benefitting from a recent major service at Tuthill Porsche.

Following on from the success of their iconic Carrera RS 2.7, in 1974 Porsche took the decision to introduce a new high performance, European market-only successor, featuring the newly revised short-bonnet, impact-bumper G-series bodyshell and a significantly improved interior. Blessed with the same major mechanical components and light weight of its illustrious forebear, the Carrera 2.7 MFI was in effect an RS in all but name, boasting near-identical performance figures of 0-60 mph in 6.3 seconds and a top speed of 149mph. Significantly, the Carrera 2.7 MFI would be the last production Porsche fitted with mechanical fuel injection and, as such, is seen as the end of an era, prior to the company’s move to electronically injected engines from 1977 onwards.

This magnificent example was supplied new by Porsche main agents Dick Lovett in March 1975, to the order of Anthony Klima, a Director of De Beers Group resident in Cadogan Lane, Knightsbridge. Attractively finished in metallic silver with blue leather interior, the car was generously optioned with factory extras including an electric sunroof, air conditioning and an RSR-style “whale tail” rear spoiler.

Following the sale of the car by Mr. Klima in 1981, the car passed through several further hands – including those of accomplished Porsche Le Mans racer Nick Faure – before it was acquired by Tony Knapp in December 1983. At this stage, the car had covered roughly 46,000 miles and had already benefitted from minor cosmetic attention and a top end overhaul. It was at this point that the car’s fastidious new owner set about improving it to Concours standard, a class win in the 1985 Porsche Club GB Concours at Chateau Impney being its first notable result in this arena.

In autumn 1988, the decision was taken to embark upon a full restoration of the car, as some body corrosion had begun to appear. The work was entrusted to Shaun John of R.S Autos, who fitted four new wings and new sills, as well as attending to repairs to the inner wings, refurbishing the engine cover and subjecting the car to a full bare metal respray. At the same time, the engine and gearbox were removed from the car – the former for the timing chains to be replaced and the latter for a complete rebuild – whilst the opportunity was also taken to fit stainless steel heat exchangers and to completely overhaul the braking system. Specifically, the work to the brake system included the replacement of all brake lines, the fitment of a new master cylinder and the overhaul of all four calipers.

Following the conclusion of the restoration, the car was rewarded with a win in the 1989 Porsche Club GB Concours at Malvern and an Overall win at the Supercar Classics Concours held at Brands Hatch in 1990. However, despite its myriad Concours successes, Mr. Knapp continued to use the car extensively for continental touring, a trip to Stuttgart for the 911’s 30th Anniversary celebrations being a particular highlight.

Following Mr. Knapp’s fastidious ownership, the car passed through two further owners before being acquired by Monaco-domiciled Briton and former British Touring Car Champion Frank Sytner, who then sold the car to the present owner in late 2008. During the present ownership, the car has been used enthusiastically, and in 2014 benefitted from a complete engine rebuild – at a cost of some £13,500 – by marque specialists Jaz Porsche. This included balancing and polishing the crankshaft, line boring the crankcase, rebuilding the cylinder heads with new valve seats and guides, replacing main, big and little end bearings and rebuilding the throttle bodies.

Currently showing a recorded mileage of just over 145,000 – of which just 480 have been covered since the 2014 engine rebuild, and a mere handful since a recent major service at marque specialists Tuthill Porsche – chassis 560 0361 represents a wonderful opportunity to acquire a fastidiously maintained, comprehensively documented and highly correct example of this rare and significant 911. Indeed, in combining the exhilarating performance of the magnificent 911/83 RS-specification motor with the enhanced practicality of the G-series bodyshell, there is a compelling case for the Carrera MFI to be put forward as the ultimate air-cooled 911 “all-rounder”; one which assuredly no serious Porsche collection should be without.